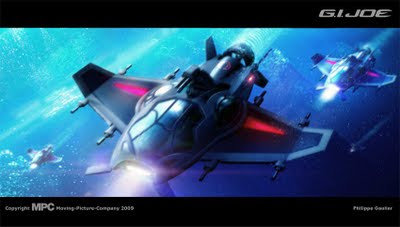 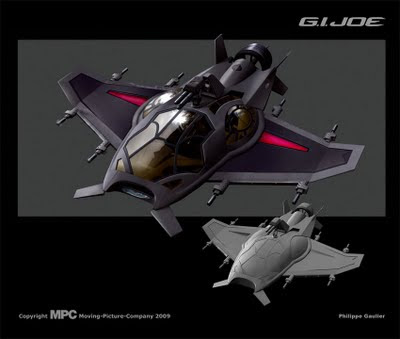 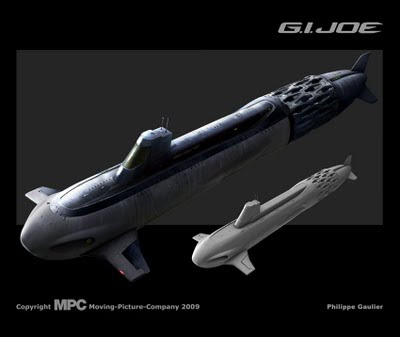 Here are a few of the look development concepts that I have done for the film G.I. Joe: rise of Cobra.
The goal of that sort of concept is to create a guide for the rest of the team allowing them to achieve the final on screen visual look for any given prop/set/creature...etc.
Here, after the diverse submarines basic 3D models had been approved by the client, my task was to make a 2D concept version of each of them which would be used as a reference in modeling/texturing/shading...
Sometimes I also had to put these same concepts in context (here under the ice Cap for example).
Posted by Philippe Gaulier at 04:13

I agree, these are really great! Cool to see some more on how you create your concepts at work.

Thanks guys :)
The film was actually better than I thought it would be: not the movie of the year but a decent summer blockbuster.